We recently learned that Harriet and Tom Beck were going to be leaving their farm due to medical issues, and needed to find a new home for their last four ewes.  Turns out they were mostly Romneys.  So naturally, I felt we should consider taking them on.  The loss of Reyna last fall left us with only three breeding Romney ewes, one of them a yearling, and Willow– who is a Blue-Faced Leicester and not a Romney.  So after much contemplation and many emails back and forth with the Becks, we took the plunge.  We ended up with the four lovely ladies, each 6-7 years old, and the loading ramp that was quite helpful in getting them onto the truck.

It was a shock for them to be moved at this stage in life.  We put them in with “the boys”–Ralph the ram, three young wethers due to go to ‘freezer camp’ soon, and Rufus, our natural colored wether.  Ralph was very welcoming, and joined the four newcomers as soon as we opened the gates and allowed the sheep to mingle.  He slept near them for several nights and grazed with them on the hill.  The other boys have essentially ignored the ladies.

Here they are, shortly after arrival. 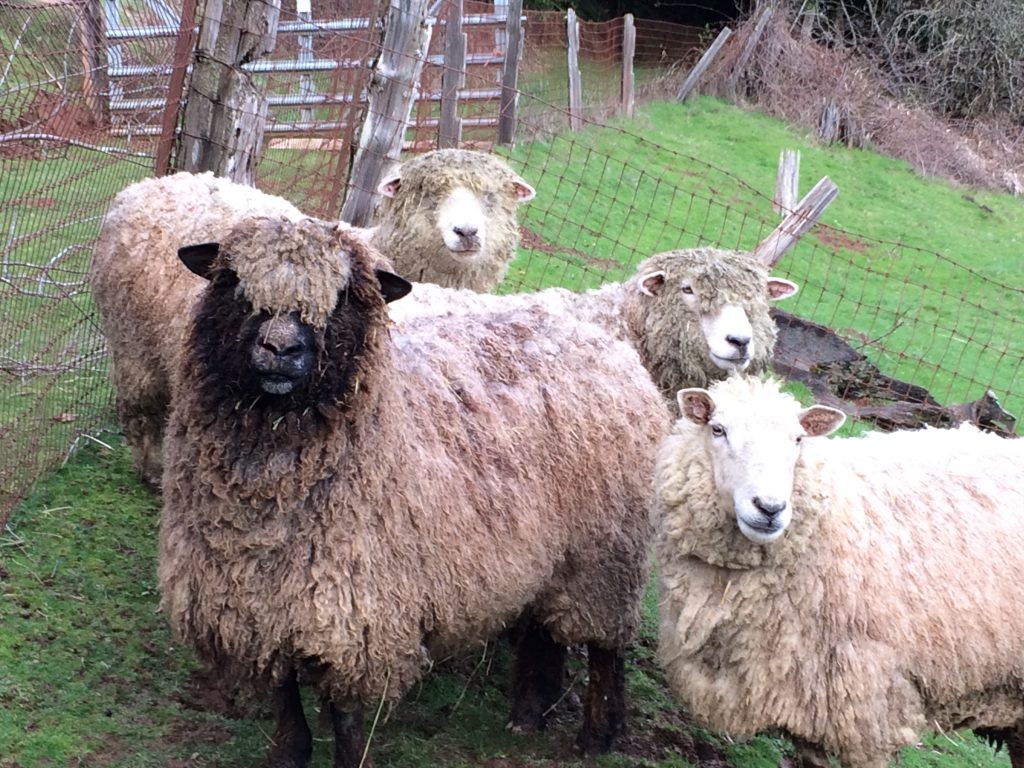 They had names, but we chose to assign new ones to most of them.  They don’t mind.  Clockwise from the left front, they are Ruby, Sally, Rose, and Lucy.  Lucy is a cross-bred ewe who seems to be mostly Border Leicester, though Harriet was not sure about that since her wool is not much like a Border Leicester, and the only notes they had called her a Montadale cross.  The three Romneys definitely need a good forehead trim!