In April, we sent off photos and descriptions of one weaving each to the Multnomah Arts Center in Portland.  They were planning an exhibition on Fiber Artistry for the month of June.  Soon we heard back that our pieces had been accepted.  We were given more instructions–how to label our work, when to deliver it, etc.  Fortunately the delivery date and the opening reception were both scheduled for the week before we planned to depart for Australia.

I was very flattered when the postcards announcing the exhibition came out with my Ruana, along with two other pieces, as the ‘cover’ art.  Here is a photo of the postcard: 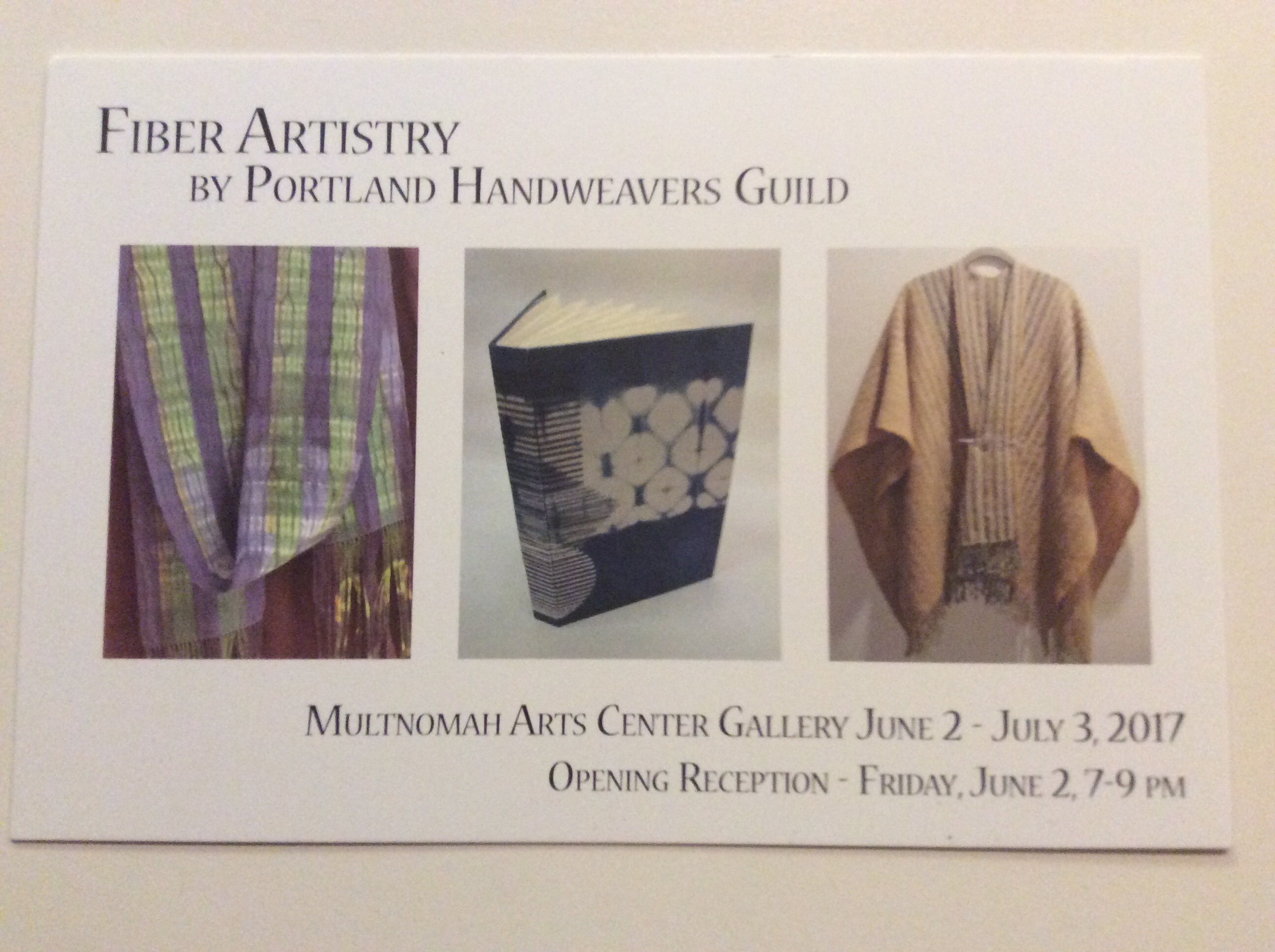 We enjoyed the opening reception.  There were many excellent weavings and it was delightful to talk with the artists about their work.  We met Peg Silloway, the main organizer of the exhibition.  There was also an interesting woman named Barbara who asked wonderful questions and made positive comments about everyone’s work.  On her nametag it said “Juror,” but we didn’t know what that meant.  We were thinking it was almost time to go when Peg called for everyone’s attention.  She introduced Barbara Pickett, who was at the exhibition representing the Handweavers Guild of America.  So Barbara, Associate Professor Emeritus of the Art Department at the University of Oregon, was here on official business–to judge our work!

She spoke very positively of the quality of the weaving she saw in the exhibit.  Then she spoke at some length about the piece that she felt stood out as deserving the HGA’s excellence award.  This piece respected tradition as well as adding new ideas to it, seemed to tell a story, and the color choices were, in her view, ‘spiritual.’  She noted that it was woven of hand-spun wool and acknowledged the challenges involved in that as well. Who was the weaver?   Our own John Harrison!  He says, “You could have knocked me over with a feather!”  Needless to say, the weavers at the Damascus Fiber Arts school are very proud of John and excited for him.  They said, “No more claiming you are a novice!”    Here is a photo of John with his ribbon and certificate.  His weaving will appear early next year in the magazine of the Handweavers Guild of America.  It truly is a beautiful weaving. 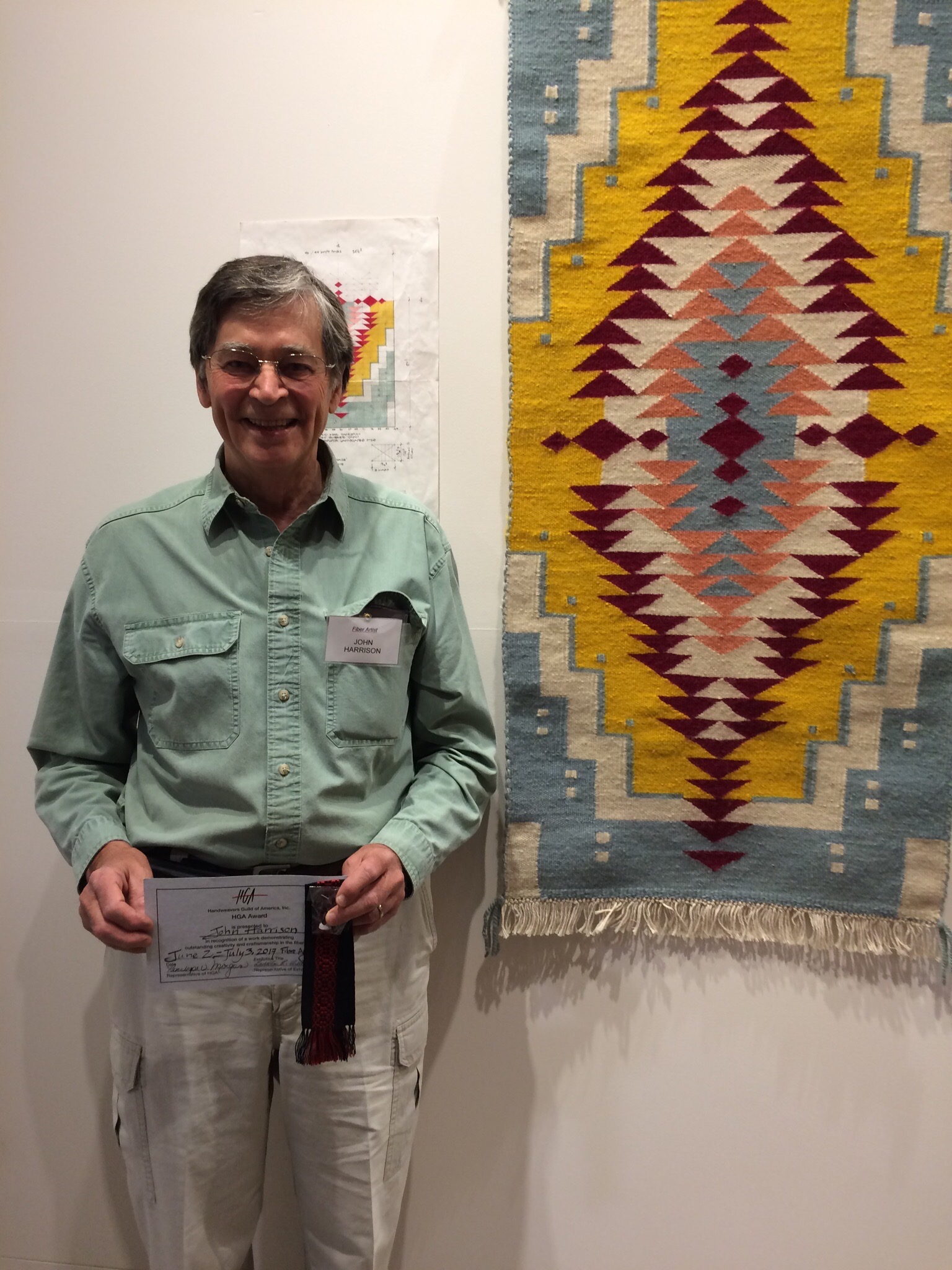