On Sunday the 19th, we were home all day doing farm chores, weaving and spinning.  When I went to the barn to feed the sheep their dinner, I found Raven standing near a newborn lamb, licking and calling to it.  In anticipation we had already set up a lambing pen, so it was very easy to get this experienced mother and her baby into the nearby pen.  John just picked up the wet lamb, held it under mama’s nose, and walked backward into the pen.  20 minutes later Raven took a quick break from lamb-licking to lie down and deliver its twin (a few grunts and three pushes was all it took).  Two boys, both white, 12 and 11 1/2 pounds.  A classic, easy birth and a great way to start the 2017 lambing season.  We had hoped for a natural colored ewe lamb, but we’re happy to have these healthy little guys.  The one on the right is less than 5 minutes old in this picture. 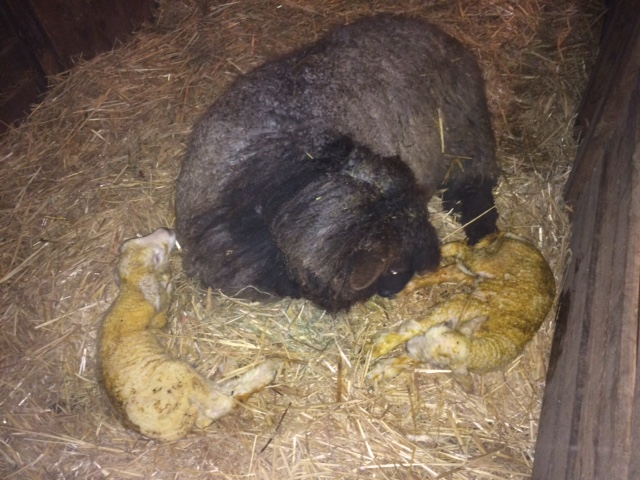