On December 11th, 2016, we were reminded that we share our land and our life with many creatures who have lived in this environment for many generations.  John went out to feed the sheep their breakfast and found Reyna, our beautiful 2015 ewe, lying on her back dead.  She was in the corral, gates closed, and all the rest of the sheep were untouched.  But Reyna had been killed and dragged several feet.  Apparently her killer had intended to move her to a more sheltered space to feed off her.  Perhaps the killer slipped away when John opened the door; perhaps the dog had barked when he noticed activity in the corral–at any rate, the killer was not around.  Stunned, we studied the dead sheep and the surrounding area, wondering what kind of creature could have done this.  A coyote would not have been able to drag the sheep. Any dog-like creature would have chased, and all the sheep would be showing signs of stress.  This had been a silent killer.

My sister Cathi and I studied the muddy ground nearby, and she was the first to spot the tracks. 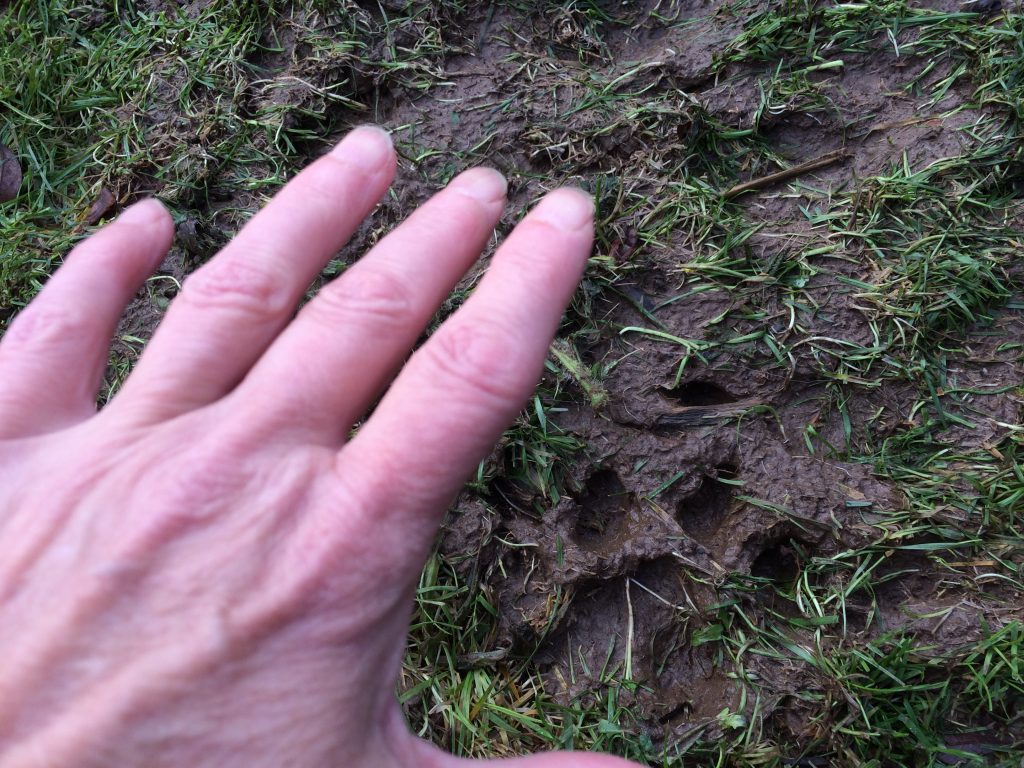 Still shocked, I called the vet’s office.  I wanted to know if anyone had reported predators in our area, and I wanted to know if I should call anyone to report our loss.  They had not heard of any recent predator losses, but suggested I call the Department of Fish and Wildlife.  An hour later, Bud Weaver, tracker for the Department, confirmed our suspicions:  this was the work of a cougar.

The most amazing thing is, two hours later, Bud and his hounds had treed and shot the cougar.  He was not a healthy-looking animal and we do not have lovely pictures of him.  This is the first and only time I have seen a cougar in the 31 years we have lived here. 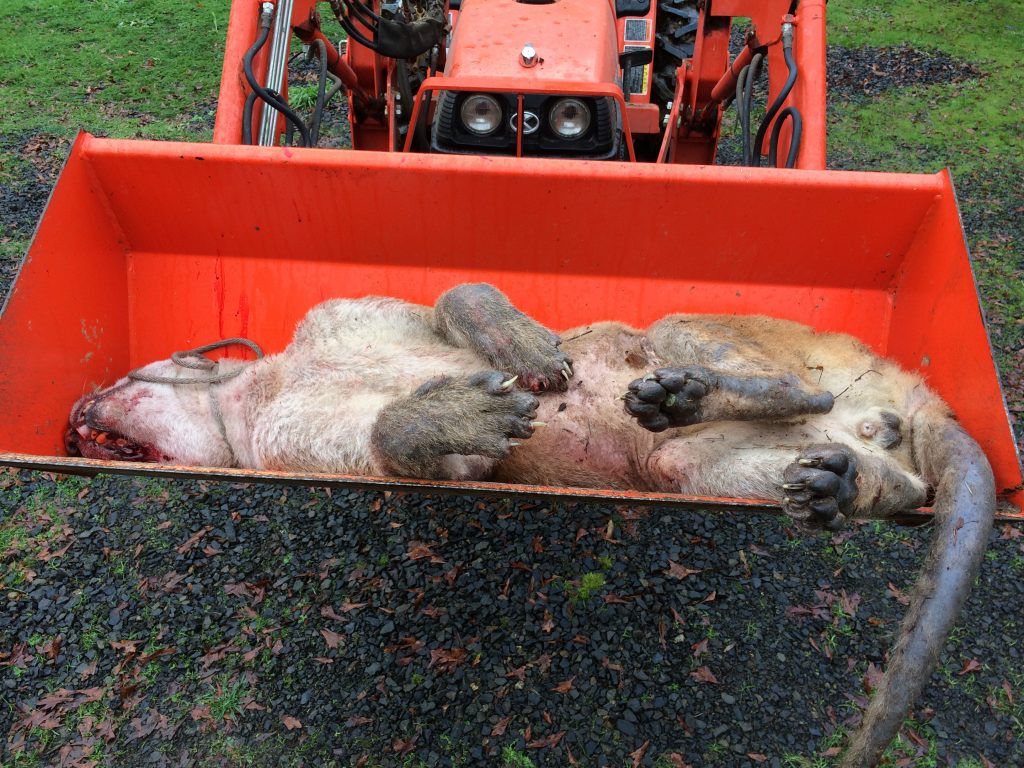